Although our project is currently focused primarily on the seventeenth-century, one of the project team – Sharon Howard – is also undertaking her own research on eighteenth-century petitioning using material digitised by the London Lives project. In a new post on her blog, she presents some of her most recent analysis of ‘when and why petitioning mattered’ for the ordinary people of the metropolis.

Read the whole post on ‘Gender, institutions and the changing uses of petitions in 18th-century London’ to find out more, but the key lesson is that analysing 10,000 petitions across 110 years shows that even ‘prosaic’ petitioning changed remarkably. 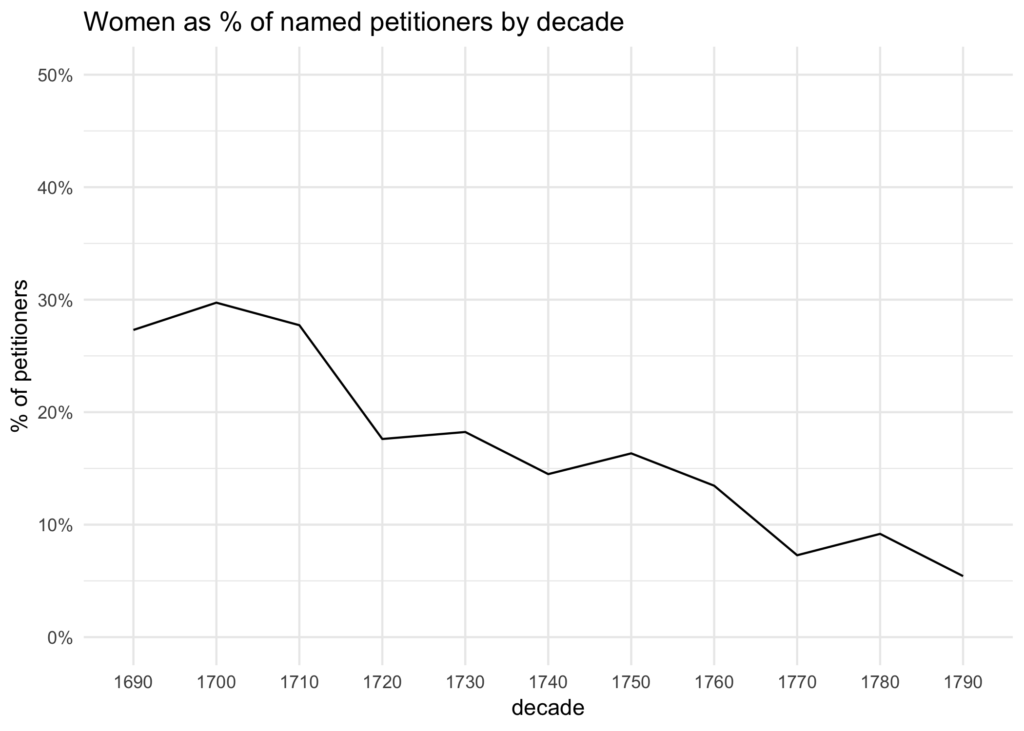